Helen Ryan’s paintings document a personal journey; from her birthplace in Ireland to Australia, Europe, and ultimately her chosen home – London.  Her creative practice focuses on recording and expressing what she sees, thinks, and feels as she travels and moves through life.

Her latest work transitions from the figurative into abstraction portraying the tension and movement of nature and elemental forces. Submerged in the vibrant colours of land and sea, these atmospheric pieces contain a unifying energy.

Helen is a member of The London Painters and Sculptors Group

Her work is held in private collections in the UK, Ireland, Italy, Australia, Sweden, Turkey, South Africa and USA

Private commissions have included a wide range of sizes, subjects and scope. 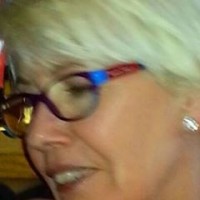